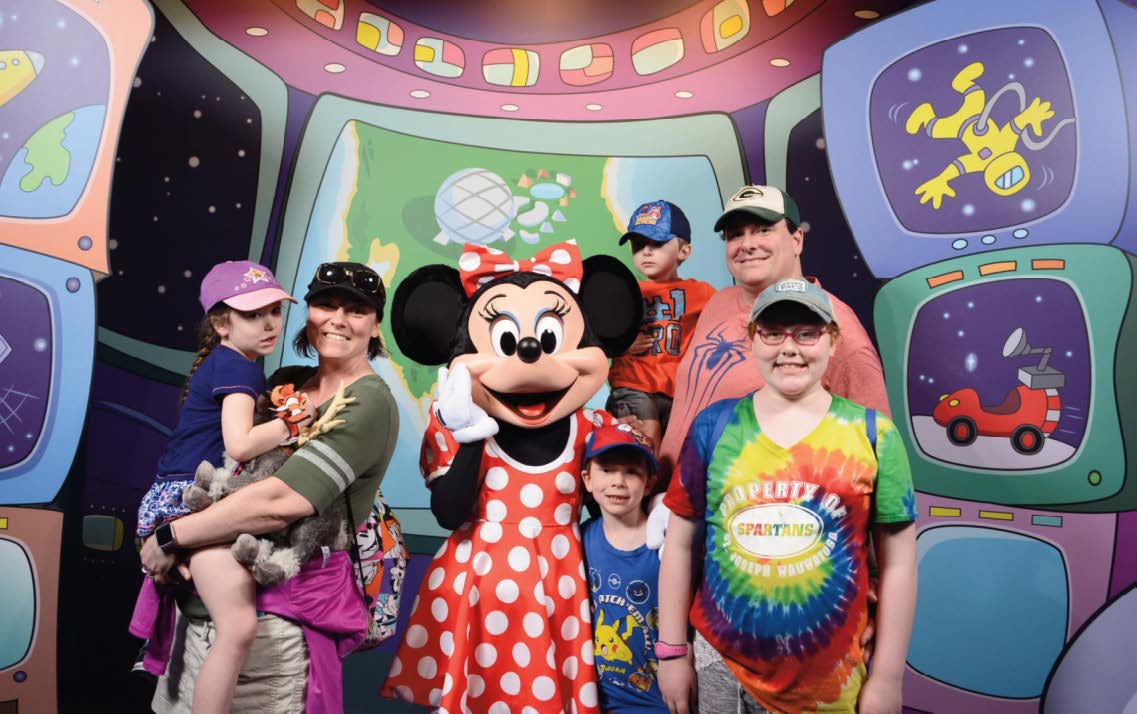 Our daughter seemed to "wake-up" after our vacation. She saw more of the world. Stopped running toward tractors and running face-first into trees. . . Maybe she needed to be in a new surrounding or needed a break too. I don't know. But I do know that you don't know until you try.

A WHOLE NEW WORLD: Disney will make special accommodations based on a child's needs. We were able to go to the front of the line at our designated time on rides our child went on. It may not seem like much to you, but to us – it was magical.

No, travel is not easy for exceptional parents. However, it is not impossible either. We have to do what we always have to do! We have to figure out what we are fearing, make a plan for addressing the issue, find the resources we need, and then just do it. It was 17 years without a vacation until we finally took the plunge in 2017. Here's how we did it!

running toward tractors and c for chocolate

I am not going to lie, I was scared to death. We had never taken a family vacation before and there were solid reasons for that. We have four children. At the time of the trip, February 2017, they were 3, 5, 7, and 11. I was more worried about the five-year old than the three-year-old. Why?

If you are wondering why that would be reason for concern, well, then you most likely do not have a water-seeking child that cannot swim but loves to jump in any (and I mean any stinky, smelly, or nasty) water she can find. Chances are also good that your child does not run toward tractors that are scaring her, or into the street and in front of a vehicle to get away from cars. (Yes, you did read that correctly, I wrote toward).

It is also possible that your child isn't sensitive to sound or terrified of loud noises or petrified of crowds. Perhaps you also don't have a child who only eats things that start with the letter P: pizza, popcorn, peanuts, pepperoni, and on occasion, what we sometimes think might be poop and hope like heck we are wrong. Our hope, she has finally ventured into a new letter like C (for chocolate).

Yet, alas, we have been married since the year 2000 and had not taken a honeymoon. We are practical. We knew that we could go on vacations once we had a family and our kids were older. Well, we never went anywhere on vacation, after having children, that was more than an hour or less drive away; you know, we had to have an easy way to abandon our fun and return home without much fuss.

Go big or go home, I guess. We didn't start out small when we decided to go on our first vacation – ever. Nope, not the

Schwabe family. We decided we were going to go to the Greatest Place on Earth, the Magical Kingdom. What were we thinking?

Well, what we were thinking is the wife of a college friend of mine was a travel agent for Disney. She contacted us a few times and we always politely said, "No, thank you." We didn't really say why we never went anywhere. I guess we didn't want to say the words out loud and make it seem like our dear daughter was the cause of our near-hermit type lifestyle. I mean, she wasn't to blame really, we were just uninformed, scared, and overwhelmed by the thought of the whole thing.

I am not a secretive person and I had been sharing more and more on social media about the adventures of being a working mom of four with an extra side of communication challenges (not quite as great as an extra side of fries). Thank heavens Jennifer Terruso of Magic Travel watched a few of the videos and didn't let me off the hook so easily the next time she reached out.

Turns out that there are services for parents like us, trying to make memories, and not just the types of memories that involve a mop and a bucket. Jennifer told us that we could pre-board with Southwest Airlines to allow our daughter to get settled before the flight. Not only that, but she told us that all we had to do was call ahead and let them know, and then again when we checked into our flight. I was less than convinced it would be that easy, so our pediatrician gave us documentation indicating her diagnosis.

Why? Well, it turns out, children with disabilities often look just like children without them. Armed with our paperwork and a mom on a mission, check-in went… smoothly. Oh, and the folks at Southwest were pretty darn amazing too. While check-in went smoothly, Zoe was not as thrilled with boarding. I thought I had it made, but as soon as all the noise of the airport went away, and we entered the plane – before everyone else – she dropped to her knees and screamed her head off. I sure was glad that we got on before everyone else. Zoe got settled with a video and her stuffed animal, Little Rock, and the rest of the flight wasn't as momentous.

One success under our belt! Jennifer also told us that she would contact the resort and let them know about our unique circumstances. Turns out, Disney will make special accommodations based on a child's needs. We were able to go to the front of the line at our designated time on rides our child went on. It may not seem like much to you, but to us – it was magical.

You see, all the noise and standing in line would have been torture to Zoe. We would have had to split up, me with the other kids one time, my husband the other time, because there is no way she would have been able to handle that long of a wait in line and all the people and noise. Luckily, we didn't have to wait too many times, so we only had to split ranks a few times. Zoe got to go on It's a Small World and a few other rides that she would never have had the patience to wait in line to enjoy.

photographers: worth every penny

While we were at the resort, we wanted to make it magical, of course. So, we purchased the ability to get pictures taken with the various characters. I gushed about this online after our vacation and I will gush about it again here. The photographers – every one of them – were fantastic. They just seemed to know that our daughter needed a little extra consideration. I mean, we didn't have a sticker saying, look at her, she needs more help. Nope, they just knew.

One of the photographers told her that the stickers in his pocket were magic and that if she had it on, then no one in the park could see her. From that point forward, we got to see our daughter's face in the photos. They say a picture is worth at least 1,000 words. In our case, I would say the photographer was worth $1,000 and the pictures were priceless.

you don't know until you try

When we left for vacation, I  was scared to death. Granted, at one point, we did think we lost our daughter on the bus. Turns out she liked to sit in the same spot on the bus and didn't like that we sat in the front – yes, I did have a heart attack – so she went to the back without us. So, not the entire vacation was perfect, but it was very, very close.

Our daughter seemed to "wake-up" after our vacation. She saw more of the world. Stopped running toward tractors and running face-first into trees. Maybe the sensory overload fixed a short circuit. Maybe she was just ready to evolve to another level. Maybe she needed to be in a new surrounding or needed a break too. I don't know. But I do know that you don't know until you try.

You know what else I know? I know that you deserve to get away. Your child and the rest of your family deserve to enjoy some time away from the everyday stuff. I also know that the agencies didn't set up services for them not to be used. The travel agent, the airlines, the doctor, and resorts create these services to allow you to take time away.

I also know that these are not  the only services out there. I didn't really know there were any until we planned this trip. However, there are organizations like the Autism Society of South Eastern Wisconsin (ASSEW) that work in collaboration with the local airports and create a way for your children to experience getting on and off a plane before they have to do it. Essentially, they make social story into a real experience, so you and your child can plan ahead.

There is no shame in using the provided services. In fact, if you don't use them, they will go away. Those groups set up the services so we can enjoy our families. So please, toss the guilt, take the vacation, and travel like the exceptional parent you are!

magic kingdom's pirates of the caribbean

I was scared to death. Yet the true magic of the Magic Kingdom and the generosity and care of so many people allowed our vacation to be pretty darn great. While we were there, I heard the "Yo Ho Yo Ho A Private's Life for Me" song and it made me think about how exceptional we all really are. We do go through a lot. We all deserve a little fun. Our kiddos and our families all deserve a little fun. Again, travel is not easy for us. However, it is not impossible either. I know you can do it! Chin up, me 'earties! •

ABOUT THE AUTHOR: Jackie Schwabe is CEO of MindLight, LLC, based in the Greater Milwaukee Area. 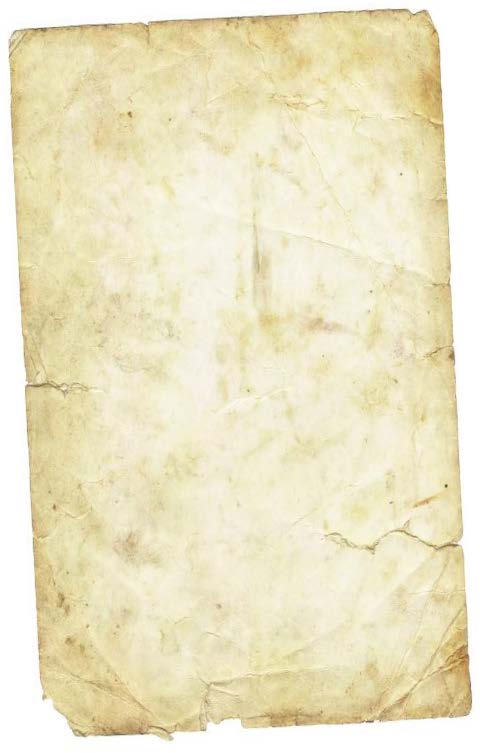