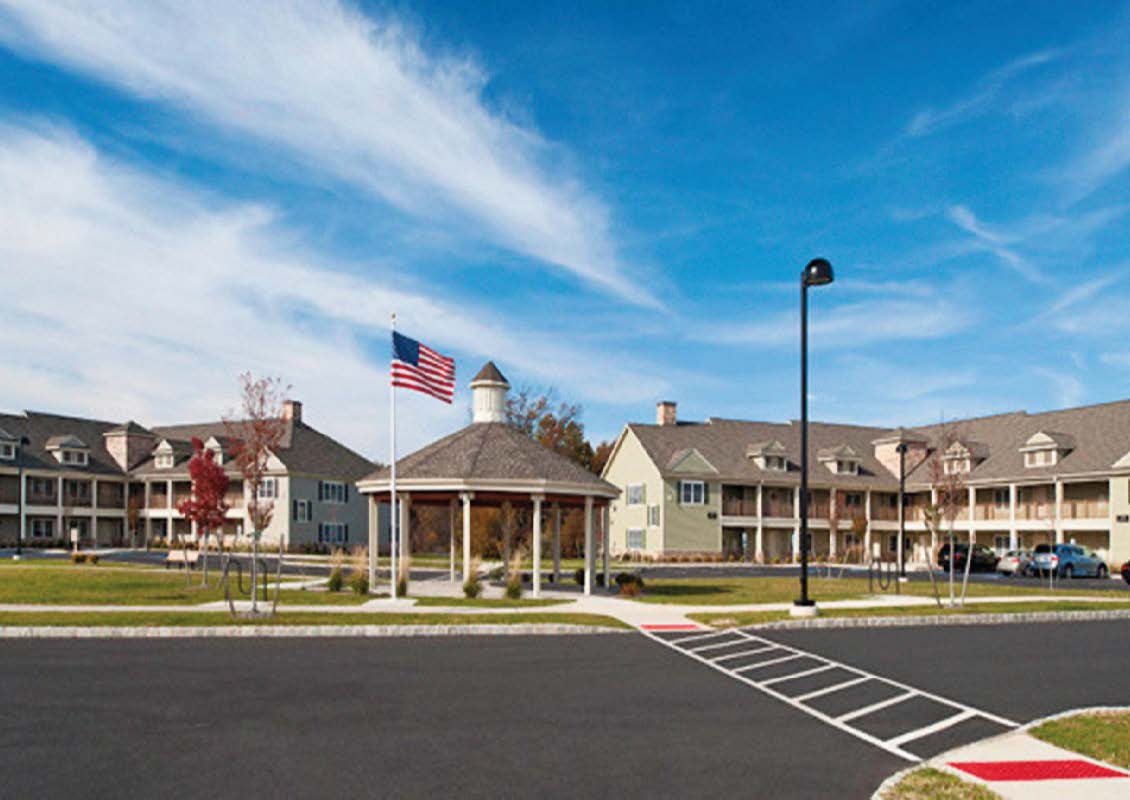 A MODEL FOR INDEPENDENT LIVING IN THE COMMUNITY

Project Freedom's housing is specifically designed for people with disabilities who use wheelchairs or have mobility impairments.

The complexes look as ordinary as any newly built condos or townhouses. They are well kept, freshly painted, spacious, and appealing. It is only on a closer look that certain aspects stand out, indicating something is different. The extra cut outs in the sidewalks and the numerous, so-called "handicapped parking" spots are also telling signs to an observant visitor. Yet, that same visitor may also jump to an erroneous conclusion about what these complexes are designed to be.

Located in several towns across New Jersey, the unique housing complexes described above are part of Project Freedom. Co-founded by Norman Smith, Project Freedom is a nonprofit organization that develops and operates barrier-free housing in order to enable individuals with disabilities to live independently.

"We've had many people drive by Project Freedom housing without actually exploring it. All they see is the housing, and the housing doesn't fit their concept of housing designed for people with disabilities. That's the way we want it," said Norman, who has cerebral palsy and lives in one of the complexes with his wife Shirley and son Joshua.

Project Freedom's housing is specifically designed for people with disabilities who use wheelchairs or have mobility impairments. This means that many items, such as lowered light switches and kitchen cabinets, are standard for each apartment. There are also larger features, such as a roll-in shower, in nearly every apartment to meet the physical needs of many people with disabilities so they can live independently.

He should know. As the associate executive director of the 34-year-old n o n - p r o f i t agency, Norman describes himself as "chief cook and bottle washer" of Project Freedom because he handles so many tasks during one week. One day he may be giving advice to the staff about Low Income Housing Tax Credits, the next day he is inputting data into Project Freedom's database, and the next day he is commenting on emergency preparedness issues for people with disabilities.

Project Freedom's corporate history started in 1984, but Norman started feeling the need for an alternative to living with his parents soon after returning home. His father, Richard, started having chest pains when he drove Norman around to his various activities. Norman was torn between continuing to be active in the community or staying home to save his parents work, trouble, and pain.

"My parents were both in their 60s at this point, and I was just becoming active in both recreation and advocacy. The disability community loves to meet, and sometimes I had three evening meetings and then horseback riding in one week. This is fine if you're not depending on someone you love for transportation and dressing and that person is tired or in pain," relayed Norman. "It puts a young person in a very difficult position."

Desperately wanting to be able to live independently and give others the same opportunity, he partnered with local disability advocates as well as members of the Nottingham Recreation Center for the Physically Limited to establish Project Freedom.

"People with disabilities like having Project Freedom because there is not enough barrier-free and affordable housing," he said. "Unfortunately, many people assume that people with disabilties cannot live on their own in the community, so they conclude wrongly that our housing is some type of institution with nursing staff, rules, curfews, and supervision. That's totally wrong," said Norman. "It's unfortunate because thinking that way robs people of their dignity," he continued. "Once people assume you are incapable, you are automatically in a different category, separated from other people and treated differently. It is a hard box to fight your way out of." Norman has struggled with that himself since cerebral palsy is a life-long developmental disability that has affected much of his daily life. Because of it, he needs assistance with bathing, dressing, eating, and going to the bathroom. His speech is also affected to a point where some people may not understand him. He has been put in that box many times and has often had to fight for respect.

"The wheelchair, the speech, and the involuntary muscles spasms – they all put me at a disadvantage in professional settings. I'm judged before I speak, and I'm judged after I speak," he stated.

Being involved in every aspect of the housing industry, he often finds himself the lone person in the room with a visible disability. This is especially true in the development, construction, and management phases.

However, he credits his college experience for putting him on his current path. He set off to the Brooklyn Center of Long Island University (LIU) in 1976, needing assistance with nearly everything, but was grateful that LIU had a support program where fellow students provided exactly that. It was unique to LIU in the 70s, and he found a place where he thrived and excelled academically and socially. "College was a freeing experience for me. It was really my first time on my own completely in charge of what I did," said Norman. "This freedom is what I craved for when I graduated and returned to my parent's home. Our name is no coincidence."

transition of youth to postsecondary education.

CILs can help individuals with disabilities maintain independence to live and prosper in their communities. Although Project Freedom is one type of model, this may not be the answer for everyone as people with disabilities and their families are advocating to make housing in all communities more accessible.•

"A SENSE OF COMMUNITY"

When Mary Edmondson moved into Project Freedom in Robbinsville in 1991, she moved from a senior building with her 11month-old son, DeManuel. It had not been the best place to raise a child, and the management was pressuring her to move. But senior housing was the only place for young people with disabilities who needed wheelchair accessible apartments to live, and those apartments had very limited accessible features. Non-senior housing did not have wheelchair units at all in 1991.

Mary says that Project Freedom influenced her son's life too. Growing up with people with disabilities as neighbors gave DeManuel a different view of people. When he was in middle school, "DeMan" had a best friend that he talked about all the time for months. Mary finally met him at the school and was surprised to see the friend had a disability that DeMan never mentioned. "DeMan never saw his friend's disability. It was natural to him," said Edmonson with pride. He is now attending Monmouth University majoring in both psychology and criminology after being in the first graduating class at Robbinsville High School.

ABOUT THE AUTHOR: Lauren Agoratus, M.A. is the parent of a child with multiple disabilities who serves as the Coordinator for Family Voices-NJ and as the central/southern coordinator in her state's Family-to-Family Health Information Center, both housed at SPAN, found at spanadvocacy.org FREE TO BE : INDEPENDENT LIVING RESOURCES Project Freedom More information on "barrier-free, independent, community living" projectfreedom.org

LET FREEDOM RING: Norman Smith (left) says "People assume that people with disabilities cannot live on their own, so they conclude that our housing is some type of institution with nursing staff, rules, curfews, and supervision. That's totally wrong." 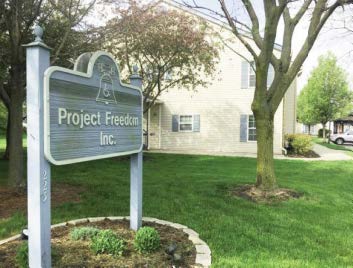