A FAMILY JOURNEY TO GOLD

In the hot month of July 1994, Mallory and Kasey Morris unknowingly made history with their sisters and brother. Mallory and Kasey were part of the first set of quintuplets born in Kansas. Mallory, Jordan, Evan, Kasey, and Holly each weighed only a pound and a few ounces apiece and had to fight for survival.

It was an uphill battle for them as they encountered surgeries, struggles, and setbacks. Sadly, Evan passed away a few weeks after birth. "The sisters persevered and slowly made progress over the following months. They were all cleared and sent home just in time for Thanksgiving; and our family had so much to be thankful for that year," explained Shawn Morris, father to the quintuplets.

All four sisters grew up side by side and very close with one another. Mallory and Kasey were raised no different than Holly and Jordan. Any differences were never obvious to them. "We shared friends, teachers, classrooms, and experiences," said Kasey. Holly and Jordan were always very protective of each other and ensured no one was left behind. If you were friends with one sister, you were friends with them all. Mallory and Kasey never experienced any negativity, and in large part this was due to the supportive and watchful eye of Jordan and Holly.

It was not until middle school and high school that Jordan and Holly started to become active in clubs and activities like dance team and yearbook committee that were difficult for Mallory and Kasey to fully participate in. When they walked in to meet their new math teacher on freshman orientation night, their lives changed forever. She just happened to be the president of the local Special Olympics team and the rest was history! They immediately found their own special place to belong and excelled in the sports. "They became more social, grew leaps and bounds in confidence levels, and gained so many skills and experiences we never would have thought possible without this amazing organization," said Stefanie Morris.

As the years passed, Mallory and Kasey attended a training to become Special Olympics Global Messengers where they were taught how to speak in public and promote Special Olympics Kansas. With these skills they have given many informative, as well as inspirational speeches around the state of Kansas. "We've delivered speeches to end the use of the R-word, educated different groups on the impact of Special Olympics and shared our story and journey. We've even thanked and accepted thousands of dollars on behalf of Kansas Special Olympics from awesome and dedicated donors," explained Mallory.

In January 2018, Kasey and Mallory were invited to a Special Olympics training in Indianapolis, IN. They joined athletes from all over the country who were to compete in Special Olympics USA Games in July to become Athlete Health Messengers. These athletes were trained on the importance of living a healthy life and how to take steps to motivate themselves and others to live as healthily as possible. They are members of a prestigious group who can speak about health disparities for people with intellectual disabilities. A nationwide fitness challenge was issued to all athletes to each walk one million steps between February and the Games in July. Kasey and Mallory, along with all the competing athletes in USA Games, received Movbands, which are wearable activity trackers designed specifically for people with ID to monitor steps. Since January, Mallory and Kasey have been competing with each other on how many steps they can each get per day. They take this challenge seriously and have been completely focused on achieving the challenge for the last three months. "Kasey reached her one millionth step first but I was only a few days behind her!" explained Mallory. They made sure their basketball teammates got their Movbands and got them setup so they could participate too.

On a hot summer day in July 2018, Kasey and Mallory represented Team Kansas at the Special Olympics USA Games in Seattle where they were part of a 10-person, all-female basketball team. They trained hard and stayed fit on their own time, and had team practices each week. They were honored and excited to represent Kansas in one of their favorite sports.•

ABOUT THE AUTHOR: Stephanie Corkett is External Health Communications manager with Special Olympics, based in Washington, DC. 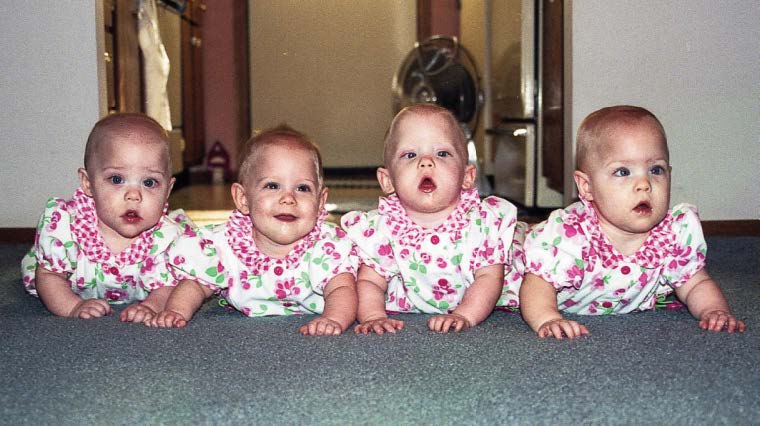 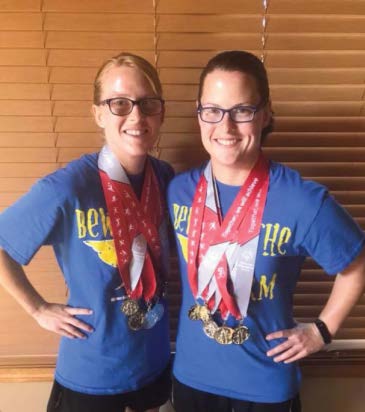 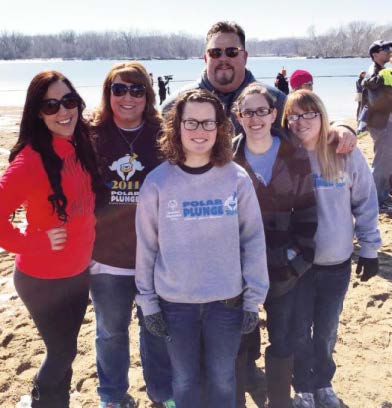