Recently, I had the joy of watching my youngest son achieve his black belt in karate, a culmination of six years of hard work and about six months of intense training. The exam took place over two days, and to say finding out if he passed or not on that last day was a cliffhanger is an understatement. I truly wasn't sure how he'd do until the last second when he was told he earned it. Zach has been fortunate to achieve several great goals lately, but I will confide in all of you that this one truly meant the most to me, and, more important, to him. Last week, my son who is 16 put two words together in a "sentence," and I am equally proud of my eldest boy as well. 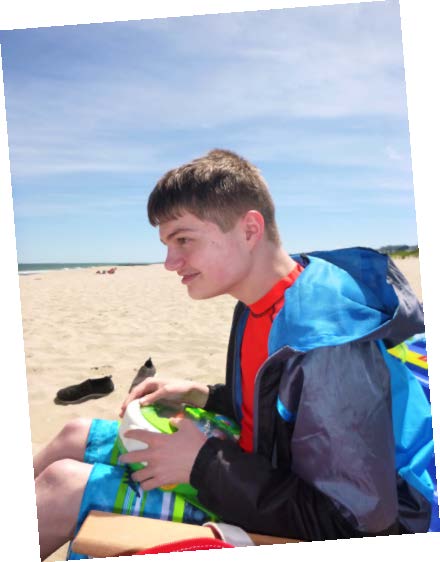 When I was pregnant many moons ago, I had dreams for my future kids. I thought it was reasonable they'd be decent human beings, go to college, support themselves, and have love and friends in their lives. Although I wanted them to be successful, the latter goals remained most important to me. I had learned about the perils of ambition from the parents of some of the students I taught, and I constantly reminded myself when my first child was growing to put an emphasis on his emotional well-being as he aged.

Eventually, my traditional dreams for my eldest had to change. Justin was diagnosed with autism at the tender age of 17 months, and I think I knew right around his fourth birthday that despite years of early intervention and a wonderful school program that he was destined to remain on the more severe end of the spectrum. To tell the truth, I grieved much more then than I did when he received his diagnosis. I had so wanted him to have the opportunity for the trappings of the life his parents had had – college, driving, first love, children, and a career. I can tell you that I've never completely let go of that sadness, and probably never will. It is tempered however by the fact that I am certain Justin does not feel like he is missing out on these things. He is truly happy with his DVDs, his computer time, and an occasional outing. Those dreams will always be mine, not his.

I will tell you that one thing that has helped me all these years, and I am certain it came to me with ease from having been a teacher, was to recognize that his accomplishments, no matter how small they might seem, are as important as the typical childhood accomplishments we equate with success. I made a shift in my thinking over a decade-and-a-half ago, and that shift has been instrumental in how I view my son. We have truly celebrated his achievement over these years—the success with potty training, his ability to read simple sentences, his mastery of typing simple phrases on the computer, his ability to sleep through the night. Last week, it was two words together – "more water." And trust me, they were beautiful to hear. I can honestly say I was as thrilled to hear those clear syllables as I was to see Zach receive his black belt and take his oath. Justin's accomplishments come from extremely hard work and much practice, and mean as much to him, and to me, as his brother's. Making that shift many years ago to recognize how important Justin's achievements were, no matter how simple they seemed, was integral to my relationship with him. This shift allowed my pride in my boy to bloom.

There will be setbacks with both boys along the way, and to my mind, some failure is good. It's what you do after you fail at something that is far more important than not reaching your goal.

With autism, many things come in cycles, and I'm sure that there will be some regression with my eldest at some point along the way. But I'm betting there will also be goals achieved, milestones attained, struggles surmounted. And I can't wait to see how all of it plays out.•

ABOUT THE AUTHOR: Kimberlee Rutan McCafferty, mother to two sons on the autism spectrum and an Autism Family Partner at the Children's Hospital of Philadelphia (CHOP). Kim is also the author of a blog at autismmommytherapist.wordpress.com. Kim's book Raising Autism: Surviving the Early Years is on sale on Amazon here.