A Quick Squirt to the Rescue

For years Exceptional Parents have encountered a unique type of rust. Daily they are challenged by frozen notions, corroded concepts and eroding prejudices. They seek ways to free up stalled programs, lubricate crumbling ideology, and penetrate pitting stigmatizations.

It should have been no surprise that the bolt was not coming out without a struggle.

After being in place for over 90 years, holding the rear springs to my 1926 Model T Ford, that bolt was there to stay. After all it had every advantage. The metal had help from hydrated iron oxides and iron oxidehydroxide. Given sufficient time, oxygen, and water, any iron mass will eventually convert entirely to rust and disintegrate. If left to its own devices, rust has a proclivity to return to the earth.

While the rust on this bolt derailed the progress on my Saturday afternoon restoration project, rust has also played major havoc elsewhere. Rust was an important factor in the Silver Bridge disaster of 1967 in West Virginia, when a steel suspension bridge collapsed in less than a minute, killing 46 drivers and passengers on the bridge at the time. So, rust has the twin characteristics of bonding two pieces of metal together (in the case of my suspension bolt) and totally disintegrating (in the case of the Silver Bridge disaster).

Back in my garage, the first order of business was to get a bigger wrench which didn't work. Getting its attention with several jolts from a large hammer just seemed to amuse the bolt. Before I went for the torch (rust often surrenders in the face of a glowing and hissing fire) I reached for the WD-40. A few squirts from the can directed the "magic juice" into the bowels of the rusted nut and the threads became saturated. Just for good measure I tapped the bolt with the hammer to encourage penetration of the liquid. Victory! The bolt was overwhelmed and put up the white flag. Score another win for WD-40.

According to the WD-40 Company, "In 1953, in a small lab in San Diego, California, the fledgling Rocket Chemical Company and its staff of three set out to create a line of rust-prevention solvents and degreasers for use in the aerospace industry.

It took them 40 attempts to get their water displacing formula to work, but on the 40th attempt, they got it right in a big way. WD-40 was born. WD-40 stands for Water Displacement, 40th formula. That's the name straight out of the lab book used by the chemist who developed the product."

This was during the Cold War and the United States was stockpiling and stor ing as many missiles as they could produce. One of the problems was preventing rust on the surface of the Atlas Missile. Nothing worse than workers getting tetanus from handling rusted nuclear missiles. The WD-40 worked like a charm.

The concoction worked so well that several employees at the missile base snuck cans of WD-40 out of the plant in their lunchboxes to use at home. I assume the security was tight enough to prevent them from sneaking the actual missiles out of the plant; so perhaps we can forgive the security breach.

Years later, the Rocket Chemical Company put the chemical into aerosol cans and sold them to homeowners for their home workshops and garages. How right they were. In 1983, the WD-40 Company goes public and is listed on the stock exchange. The stock price increased by 61% on the first day of listing. By the early 1990's the company was named among the Top Ten Most Profitable companies on the NASDAQ exchange.

WD-40 is found to be in 4 out of 5 American households and is used by 81 percent of trade professionals at work. More than one million cans are sold each week in the United States alone.

Before Facebook, Twitter or Instagram, there was the WD-40 Fan Club. Thanks to the Fan Club there is an official list of 2,000 uses for WD-40 (they have refused to list it as a treatment for arthritis, although there is an army of arthritic sufferers who swear that it helps their joints).

PROBLEM SOLVER: WD-40 stands for Water Displacement, 40th formula. One of the problems with stockpiling as many weapons as the U.S. could produce during the Cold War was preventing rust on the surfaces of the Atlas Missile. The WD-40 worked like a charm.

WD-40 is sold in over 170 countries worldwide. WD-40's formula is a trade secret and has not changed over the years. There is an axiom that is recognized by mechanics around the world, including those responsible for sending rockets and satellites into outer space. 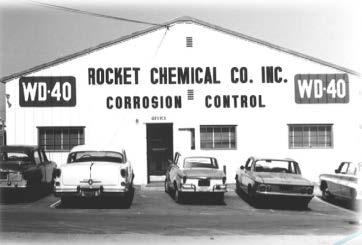 ROCKET SCIENCE: In 1953, the fledgling Rocket Chemical Company set out to create a line of rust-preventers and degreasers for the aerospace industry.

F or years Exceptional Parents have encountered a unique type of rust. Daily they are challenged by frozen notions, corroded concepts and eroding prejudices. They seek ways to free up stalled programs, lubricate crumbling ideology, and penetrate pitting stigmatizations. While they turn to WD-40 to lubricate and protect wheelchairs, tricycles, swings, and other devices that allow their children with special needs to feel the rush of fresh air on their faces, they turn to EP Magazine to learn from others on the best ways and best places to squirt some magic juice on reluctant and corroded obstacles. In 2014, WD-40 was inducted into the International Air & Space Hall of Fame. In 2019, my Model T Ford got a new bolt in its rear suspension.• 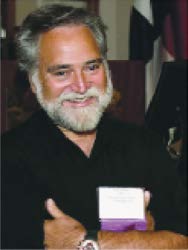