On Learning That My Brain is Shrinking

I was quick to process and accept the news that my marinated tofu was shrinking. Doing crossword puzzles, listening to Mahler and navigating cornfield mazes was not going to curtail the shrinkage.

My boat was dirty. It was the weekend; I would clean it. The plan was a "no brainer," and I was soon to learn that the expression "no brainer" was an accurate description. Apparently it was hot; I was dehydrated and overcome with an overheated encounter that had one foot in heat exhaustion and one foot in heat stroke. I became disoriented and confused and that was enough for my wife to take me to the emergency room. At the ER I continued to provide "wrong answers" to questions regarding time and place and off to neuro-imaging (CT scans, MRI) I went.

All the imaging, EEG and related blood tests cleared me of any serious neurological insult and I made a quick recovery without any neurological deficits. Apparently my brain instinctively knew I might need some protection and it went into a "reboot mode" to protect everything I knew about everything I knew. I did lose some recollection of time spent in the ER but the condition (known as "transient global amnesia") apparently worked its magic to allow me to remember everything including the names of my first four dogs as well as the name I submitted to Roy Rogers in his 1954 contest, "Name and Win a Pony". Several days later I read all the hospital lab results as well as my medical records. All the tests were normal and the notes of both the neurologist and hospitalist were pretty boring (I'm perfectly happy to have a "boring" medical chart.)

I did, however, pause when I read the "impressions" of the CT of my brain: "Mild atrophy is noted." I checked to make sure it was my CT. It was. And, despite the clinical indication and evidence that I was still playing with a "full deck," my brain is shrinking. I reminded myself that some degree of cerebral shrinkage occurs naturally with age. According to the National Institute of Neurological Disorders and Stroke (National Institute of Health), "After the brain com pletes growth and attains its maximum mass at around age 25, it gradually loses mass with each decade of life, although the rate of loss is comparatively tiny until the age of 60, when approximately .5 to 1% of brain volume is lost per year. By age 75, the brain is an average of 15% smaller than it was at 25." While it did provide some comfort, it also was a rude awakening that my brain is shrinking.

Upon realizing that one's brain is shrinking it begs the question: what could I be losing, missing, forgetting or misplacing. And while that's not entirely how the mechanics of the shrinking (atrophy) brain work, it provided me with the opportunity to think about my "three pound universe." Dr. Robert M. Sapolsky, Professor of Neurology at Stanford University captured the "shock and awe" of the brain (Discover, March 1999 with this opening paragraph in his article, "Stress and Your Shrinking Brain.")

"Every now and then, someone with a medical problem needs a CT scan or MRI of the brain. With luck, the test rules out a threatening disease, and in the resultant relief, the doctor shows the patient the scan. If it's his or her first one, the patient will probably get the Willies. Unlike pictures of other organs, which inspire a bemused response (Hey, lookie here, that's my liver), brain scans provoke awe. That's your brain in there, with its convoluted surface and all those mysterious subsections. Rookie med students feel the same disquiet in anatomy class when they first hold a cadaver's brain in their hands. The same uneasiness makes neurosurgeons joke, 'There go the piano lessons, when they cut into gray matter.' The brain, after all, is the Seat of the Soul, the Big Enchilada of Consciousness, the organ of Me-ness. From this mass of tissue resembling marinated tofu emanates a person."

I was quick to process and accept the news that my marinated tofu was shrinking. Doing crossword puzzles, listening to Mahler and navigating cornfield mazes was not going to curtail the shrinkage. It is an evolutionary axiom that as people age, their responsibility to hunt, gather and protect falls to younger tribal members and the brain can take a rest; and therefore it shrinks. Cumulative stress and a host of neurological disorders also account for shrinkage. Which is a perfect segue to the Seinfeld episode,"The Hamptons," when George's girlfriend goes sun-tanning topless while he goes out to get tomatoes, and George is seen naked by Jerry's girlfriend Rachel, to whom he tries in vain to explain that, having just gotten out of the cold water, he is a victim of penile "shrinkage" by yelling "I was in the pool!"

"Our wish is that a new crop of disrupters can dedicate their marinated tofu to continue the fight for justice for individuals with disabilities."

And while I wish I could blame my shrinkage on being in the pool, I can't. The only pool I have been in is the gene pool. There is no one and nothing to blame; my cerebral shrinkage, my cabbage atrophy is a testimony to the grand scheme of things.

Exceptional Parents, especially those who have fought the good fight for 50 years and more are also undergoing shrinking brains. Our wish for them is that before they forget the things that need to be remembered, they take the opportunity to tell their stories… so a new generation, a new crop of disrupters can honor them by dedicating their marinated tofu to continue the fight for justice and inclusion for individuals with disabilities.

Arthur Conan Doyle, a physician and creator of Sherlock Holmes reminds us of how we should arrange our noodles: "A man should keep his little brain attic stocked with all the furniture that he is likely to use, and the rest he can put away in the lumber room of his library, where he can get it if he wants it." "Mild atrophy is noted," heck my brain is shrinking.• 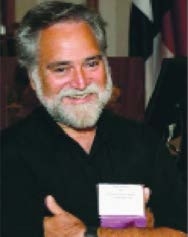 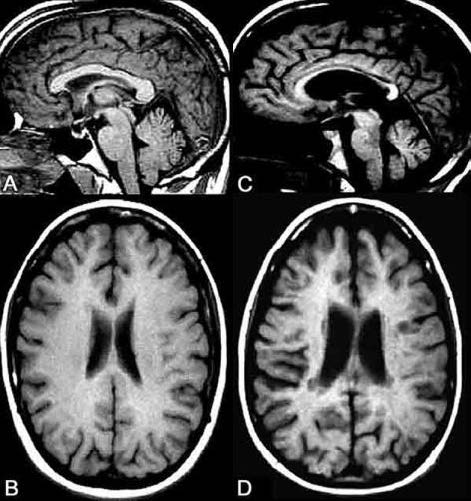 BRAIN DRAIN: "Some degree of cerebral shrinkage occurs naturally; By age 75, the brain is an average of 15% smaller than it was at 25. While that provided some comfort, it also was a rude awakening that my brain is shrinking." 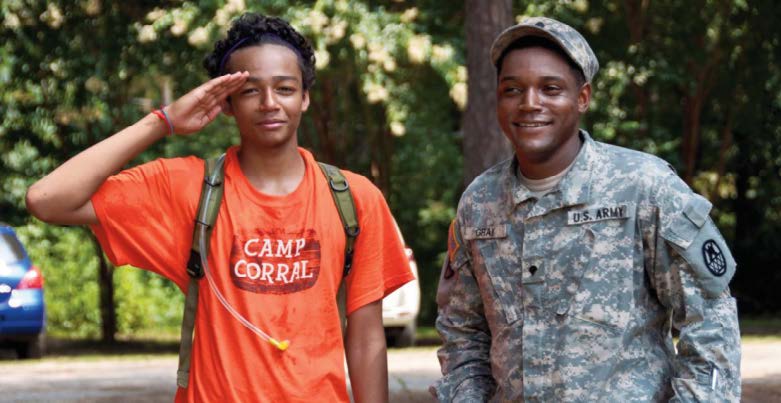 In this role, Brown will lead the organization's fundraising efforts, with a primary goal to provide more military children with the opportunity of a lifetime. Since its inception in 2011, Camp Corral has provided a free week of summer camp to more than 17,000 children of wounded, injured, ill or fallen military veterans around the nation.

Brown brings a combined 30 years of experience in overseeing camp programs and fundraising to the position. Most recently, she served as director of stewardship and prospect research at the YMCA of the Triangle, Camp Sea Gull and Camp Seafarer. Prior to joining the YMCA, she held various leadership positions in student and academic services at Cornel University.

"We're excited for the wealth of talent and knowledge Lisa brings to Camp Corral," said CEO Leigh Longino. "Her professional background coupled with her experience as a military spouse and mother of two makes her a great champion of our mission to transform the lives of children of wounded, injured, ill, and fallen military heroes." Brown earned a master's degree in education from the University of San Diego and bachelor's degrees in psychology and education from Bucknell University.

"I look forward to leveraging my professional and personal experiences to enhance the development efforts of Camp Corral," said Brown. "Camp Corral provides a meaningful opportunity to military children and I will work diligently to extend the opportunity to more of our nation's young heroes"

Camp Corral, a 501 (c) (3) LISA BROWN The new Chief Development Officer for Camp Corral. tax-exempt, nonprofit corporation, provides free, one-of-akind summer camp experiences for children of wounded, injured, ill or fallen service members. Since its founding in 2011 by Golden Corral, Camp Corral has grown to 22 camps in 19 states and has served 17,000 children. Although any child ages 8 to 15 from a military family is eligible, registration priority is given to children of wounded, injured, ill or fallen military service members. 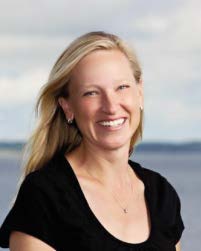