LIVING WITH AN INVISIBLE DISABILITY 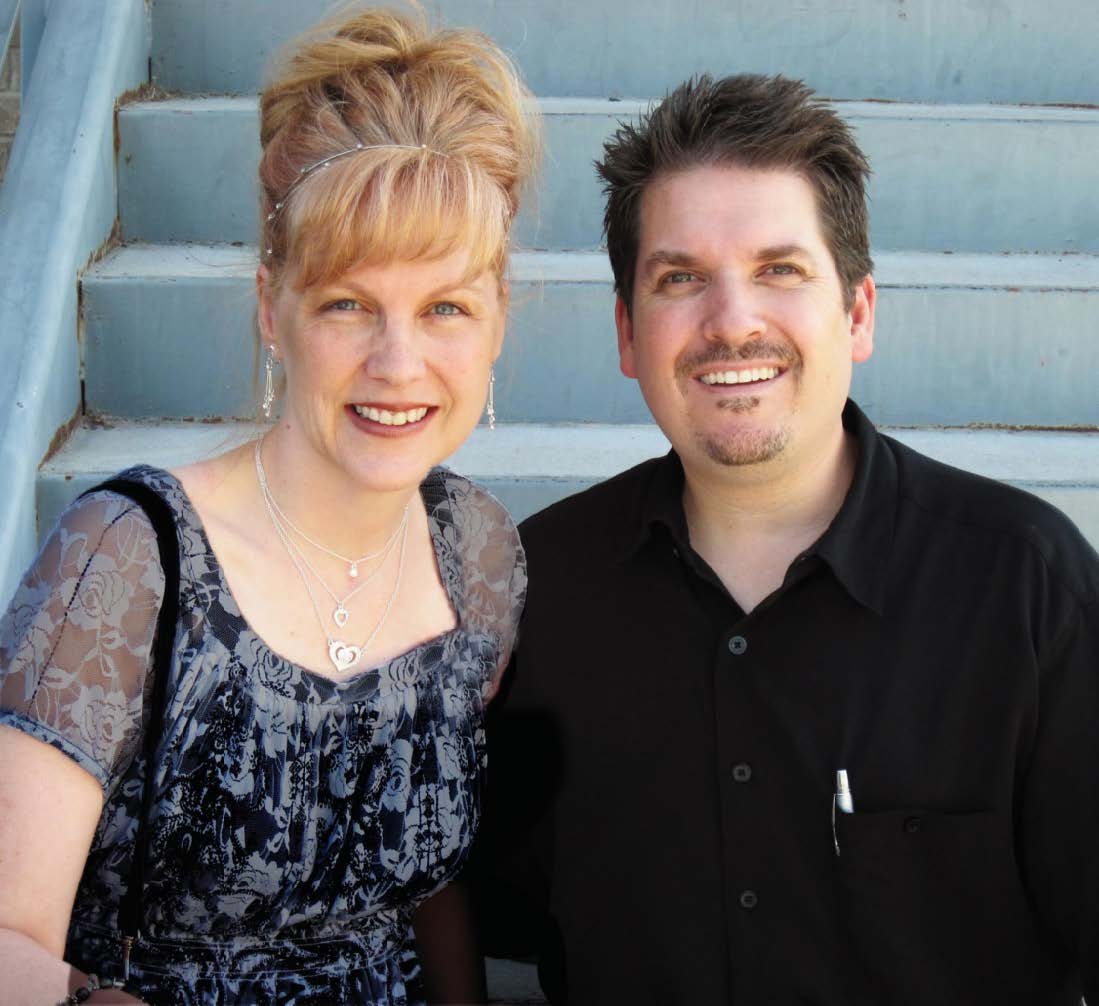 The mission of Invisible Disabilities Association (IDA) is to encourage, educate and connect people and organizations touched by illness, pain and disability around the globe.

Like most little girls, I woke up each day with excitement to see where I could go and what I could do! I loved to ride my bike, roller skate and ride horses. I looked at my life ahead as a blank slate, eager to see who I would be! But I didn't want to wait!

So, at 10, I got my first job as a caretaker for nine horses in a stable, at 13 I worked at a pet store, at 14 I was a cashier for a clothing store and by 18, I was given the keys to manage an upscale children's store downtown. In high school, I worked, was a cheerleader, pom-pom girl and sang in the choir. I put myself through college studying art and theatre, working multiple jobs, cheerleading and singing and dancing in musicals. My most favorite job ever at was at America West Airlines, where I did ticketing, baggage and even operations for the planes and pilots. I only slept a few hours a night, then I got up to do it all over again.

I also acted in commercials, sang in bands, choirs and modeled in fashion shows. I entered several pageants and modeling contests (winning 16 of them) and I was an Accounts Manager for a job service agency. I also obtained a Bachelor's Degree in Human Management, a Bachelor's Degree in Business and Minor in Liberal Arts. I absolutely loved every moment of my very busy life!

It sounds like an incredible life of adventures, doesn't it? Well, it was! However, what I have not told you yet is that from the time I was 14, I started battling chronic illness. You see, I was on a trip to

You see, I was on a trip to Arkansas with family. At the time, there was a "Tick Alert" in the news, warning people that cows and horses were dropping over dead from tick bites. Being kids, my brother and I did not let that stop us. He wanted to go fishing and I just wanted to be with my big brother. When we returned home, I got a horrible fever and hives from head to toe. Nobody knew why, but from that moment on, I started having chronic headaches and infections like strep, flu, bronchitis, pneumonia and by 19, I started having bouts with paralysis.

Yet, I was determined not to let any of it get me down or get in the way of my life! So, I went to work, to school and to the theater, feverish, throwing up, coughing and very ill.

At 27, when I was planning out HIGH VISIBILITY: IDA is a beacon that stands for us and brings us together. After all, we could all certainly use a little less judging and a lot more love and compassion in this world! my Master's Degree and had a great job lined up for a wonderful program, my left leg from the thigh down became paralyzed. I continued to work for months, dragging my leg around and using a stool with wheels to get around. However, the paralysis moved into my right leg and moved up to my ribs on both sides. I was hospitalized, thinking maybe I had just pinched a nerve in the car accident I had two years earlier where i had a severe head, jaw, neck and back injury. I was in excruciating pain and could no longer get around without a wheelchair. After a week of tests and being on IV steroids, I was diagnosed with Progressive Multiple Sclerosis (MS). 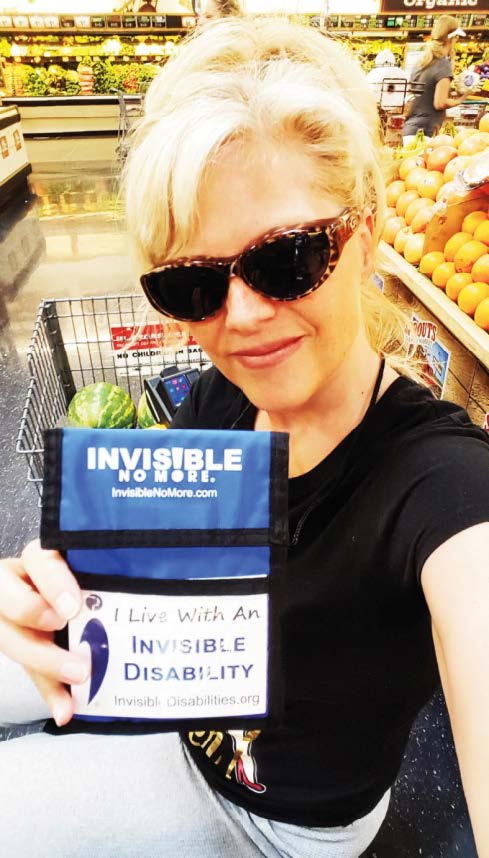 HIGH VISIBILITY: IDA is a beacon that stands for us and brings us together. After all, we could all certainly use a little less judging and a lot more love and compassion in this world!

Honestly, I wasn't too worried. I had fought being sick all my life and figured I would be back to work in a couple of weeks. Yes, they said I would never walk again, but I knew I could still work and sing from the chair. So, what could stop me? Thankfully, after lots of hard work and physical therapy, I regained feeling in my legs and took my first steps with crutches. I could not walk far or stand for very long, but I believed I was winning this battle and this was literally my first step back into my life!

Nonetheless, no matter how many doctors I went to, or how many medications, therapies, diets and supplements I tried, I still could not budge the disabling, bonecrushing fatigue, horrific pain and unbearable cognitive dysfunctions. Not only could I not return to work, I was now unable to even care for my daily needs. My illness became my new full-time job, filled with tests, treatments, insurance claims and struggling just to get my hair washed or something to eat.

One year later, I was diagnosed with Lyme Disease, which was traced back to tick bites when I was 14. It was brought to my attention when I was in the hospital, the steroids shut down my immune system and the Lyme took over my organs, brain and cells, leaving me literally fighting for my life ever since.

It was bad enough to lose my career and ability to do the things I loved, but now I also had to contend with people's lack of understanding and disbelief. They would say things such as, "but you look fine," "maybe you should just try harder," or "you could go back to work if you really wanted to."

Who did they think they were talking to? Missing work, riding horses and living my life was devastating every single day! Didn't they know how much I had fought all my life, how I had huge plans for my future and how desperately I was trying to get it back?

Yet, no matter how hard I tried to explain, people left me in agony trying to answer their misgivings and often well-meaning, but extremely hurtful comments. As a result, I began writing in my journal, trying to make sense of how I could explain to people what they could not readily see from the outside.

I grappled with creating a term to use that would encompass what I was living through and be descriptive of the debilitating symptoms that others could not easily see. Then it came to me! I screamed, "I know what to call it! What I have is an 'invisible disability!" Yes, that was it! I had never heard this before and nobody else was talking about it either! It is a disability that is invisible!

Then, my husband, Wayne, had a great idea! He offered to put some of my writings up on this new thing called the internet. He said when someone questioned me, instead of having to explain, I could just hand them a card and say, "check out the website!" Genius!

We figured we would get a few views here and there from people we gave the cards to, but something else was about to happen! We began getting a flood of emails from patients around the world saying, "Thank you for putting into words exactly what I have been trying to say to my friends and family!"

Many told us stories of spouses, siblings and parents asking for forgiveness for how they had responded to what they were going through. Wow! We had no idea others were dealing with the same hurdles with loved ones! I thought it was just me, and the people in my life.

Wayne also compiled several of my writings into a book called But You LOOK Good! The book helps loved ones better understand the nature of invisible disabilities with tips on what to say, what not to say and how to be a source of support. IDA has published the book and has distributed over 33,000 copies around the world, with all proceeds supporting IDA's ongoing programs. It is so exciting to see millions, like me, find support through IDA! We are often isolated and feel alone, but IDA is a beacon that stands for us and brings us together. Now people around the world can talk about their invisible disabilities, which helps paint a picture for loved ones and society as a whole. What's more, when we hear about relationships being reunited, we celebrate those who have taken the step to see by listening. After all, let's face it. We could all certainly use a little less judging and a lot more love and compassion in this world!.•

ABOUT THE AUTHOR: Sherri Connell was a cheerleader, singer, dancer, actress, model and accounts manager. She obtained two Business Degrees and a minor in Liberal Arts. Sherri was planning out her Master's Degree when she lost her career and ability to care for her own daily needs. Learn how Sherri's story became the inspiration for the Invisible Disabilities Association (IDA), an organization that reaches around the world to millions living with debilitating conditions. Sherri and her husband, Wayne, are coauthor's of the book, "But You LOOK Good!" in which over 33,000 copies have been distributed world-wide. All proceeds go to IDA. InvisibleDisabilities.org