"According to statistics on childhood head injuries from the Brain Injury Association of America (BIAA), 564,000 children each year are seen in hospital emergency rooms as the result of these injuries, while as many as 62,000 require hospitalization." 1

• As age increased, the percentage of children who have ever had a significant head injury also increased, peaking at 11.7% among children aged 15–17 years.

• Non-Hispanic white children were more likely to have ever had a significant head injury compared with non-Hispanic black, Hispanic, and other nonHispanic children. (Figure 1)

Non-Hispanic-white children and children whose parents had more than a high school education had significantly greater proportion of reported head injuries.

Why? The National Center for Health Statistics provides no explanation. Similarly, a review of a series of computer search engines offered no information or explanations. Most often, public and social health reports on living status and conditions tend to emphasize lower social conditions and inadequate health services for many minority populations and individuals with limited advanced educations.

A series of discussion sessions with health and social service personnel offered some possible explanations for the unexpected finding that non-Hispanic white child populations and children of parents with advanced education have greater proportions of children with head injuries. The more favorable economic conditions and potential free time provide the possibility for greater proportions of children in these families having head injuries that may result from: 1) enrollment of young children in crowded private day care programs for young children (rather than direct supervision by parents), 2) potential dangerous sports activities for children (e.g. skiing, ice skating, football, soccer, backyard swimming pools and hiking in mountainous areas), 3) private car traffic accidents and 4) the availability of other "dangerous toys"). 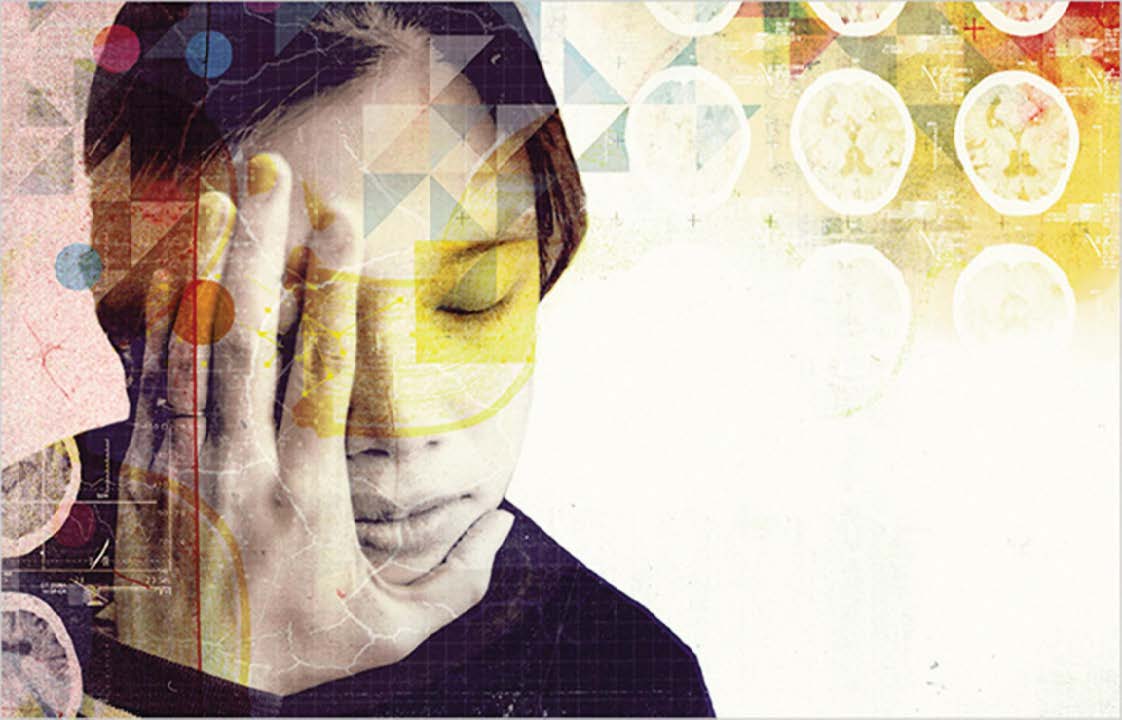 HEAD FIRST: Activities such as swimming, diving, and skateboarding can all result in serious head injuries, both as the result of bumps and blows, as well as due to lack of oxygen resulting in falls.

The Brain Injury Association of America lists the following as among the leading causes of traumatic brain injury among children in the U.S.:

• Motor vehicle accidents: While speed is often a factor in car accident-related traumatic brain injuries, even a seemingly minor fender bender can result in serious harm for your child.

• Pedestrian and bicycling accidents: Children need to be particularly careful when riding bikes or walking to and from school and crossing busy streets and intersections, where accidents and injuries are most likely to occur.

• Playground equipment: Falls from swings and climbing equipment as well as being struck by or against objects present serious risks for children in both school and neighborhood parks and playgrounds.

• Recreational activities: Activities such as swimming, diving, and skateboarding can all result in serious head injuries, both as the result of bumps and blows, as well as due to lack of oxygen resulting in falls.

• Sports related trauma: While recreational and school-related sports can teach children valuable lessons about teamwork and physical fitness, they are also one of the leading causes of childhood head injuries. The administrators of youth, high school and college football, lacrosse and ice hockey have shown that dental and facial injuries can be reduced significantly by introducing mandatory protective equipment. Popular sports such as baseball, basketball, soccer, softball, wrestling, volleyball, and gymnastics lag far behind in injury protection for girls and boys. 3

"Sports and recreational activities contribute to about 21 percent of all traumatic brain injuries among American children and adolescents. The top 10 sports-related head injury categories (and number of cases) among children ages 14 and younger: (estimated head injuries treated in U.S. hospital emergency rooms in 2009)

• Trampolines: 5,025 Reported incidence is known to be significantly under-reported (up to 50%), and do not reflect those that are treated by family doctors or other para-medical professionals." 4

Use of protective helmets: The 2012 2013 National Ski Areas Association report for the use of helmets was:

Use of sport mouth guards: The majority of sport-related dental and orofacial injuries affect the upper lip, maxilla, and maxillary incisors, with 50 – 90 percent of dental injuries involving the maxillary incisors. Use of a mouth guard can protect the upper incisors. However, studies have shown that even with a mouth guard in place, up to 25 percent of dentoalveolar injuries still can occur. Children are most susceptible to sports-related oral injury between the ages of seven and 11 years. 6-9

years. 6-9 Physical violence: Head injuries can occur as the result of abuse at the hands of a caregiver, or due to school bullying and violent assaults. 4

surface, resulting in shaken impact syndrome. When a child is shaken, the brain bounces back and forth against the sides of the skull. Babies, newborn to one year (especially babies ages 2 to 4 months), are at the greatest risk of injury from shaking. Often there are no obvious external phys ical signs, such as bruising or bleeding, to indicate an injury. 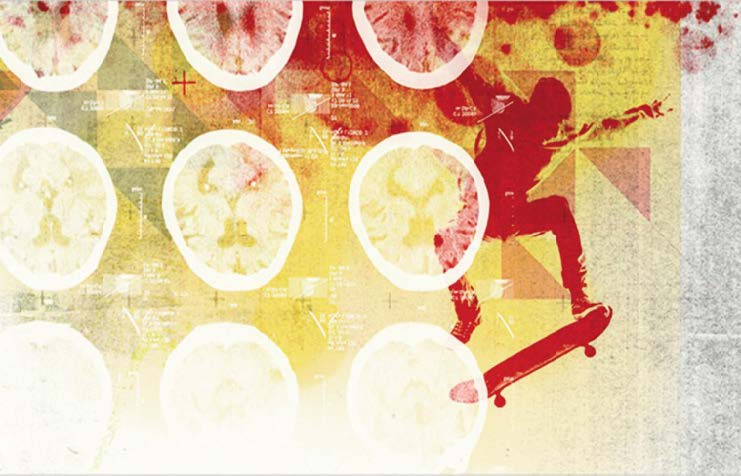 HEAD CASES: Sports and recreational activities contribute to about 21 percent of all traumatic brain injuries among American children and adolescents. There were nearly 15,000 skateboard- or scooter-related head injuries treated in U.S. hospital emergency rooms among children ages 14 and younger in 2009.

The number one reason a child is shaken is because a parent or caregiver becomes so frustrated with a baby's crying that they lose control and just shake them. They are usually average people, who in the heat of their frustration and anger lose control and shake their child. Most people charged with shaking their baby have no previous history of violence and the act is unintended. Other parents with a history substance or alcohol abuse frequently are reported as being involved with baby shaking. 10

Shaking can cause brain injury, cerebral palsy, blindness, hearing loss, learning and behavior problems, seizures, paralysis, and death. It is estimated that 1,000-3,000 children in the United States suffer from Shaking Baby Syndrome (SBS) each year, but it is likely that many cases go unreported or undiagnosed. One fourth of the victims of SBS die, and 80 percent of survivors suffer from permanent damage. The average charge for each hospital 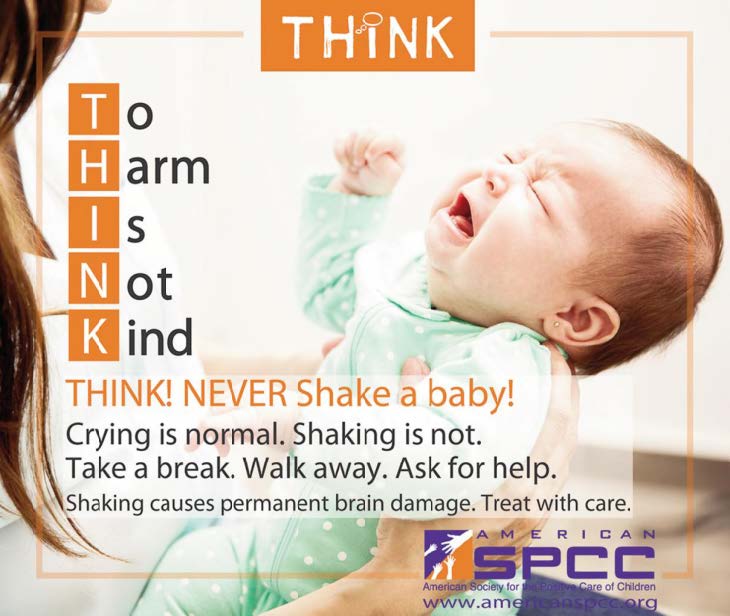 PREVENTABLE TRAGEDIES: The number one reason a child is shaken is because a parent or caregiver becomes so frustrated with a baby's crying that they lose control and just shake them. Learn more at: americanspcc.org 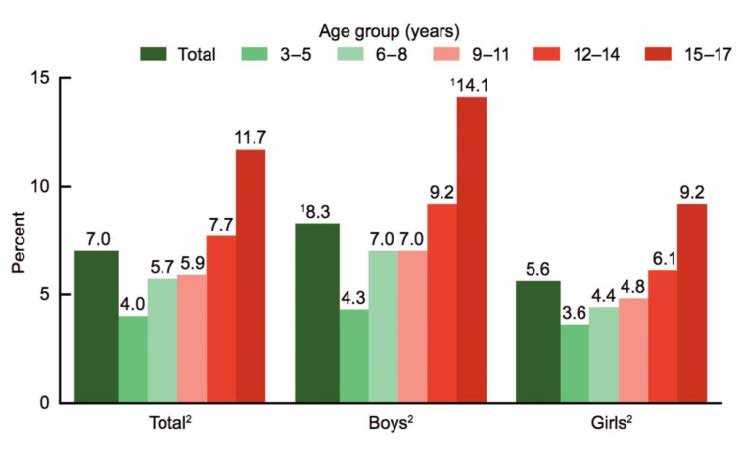 Figure 1. Percentage of children aged 3–17 years who have ever had a significant head injury, by race and Hispanic ethnicity and sex: United States, 2016 1

NOT ALL HEAD INJURIES ARE THE SAME

"…most childhood falls or blows to the head cause injury to the scalp only. While these can be scary-looking, they usually aren't dangerous. An internal head injury could be more serious because it may cause bleeding or bruising of the brain." 11 What to look for and what to do

Call your doctor (or use the services of a community urgency center or hospital emergency facility) if your child is an infant; has lost consciousness even briefly; or a child of any age has any of the following symptoms:

• Will not awaken easily

• If your child is not an infant, has not lost consciousness, and is alert and behaves normally after the fall or blow:

- Apply an ice pack or instant cold pack to the injured area for 20 minutes every hour for 3 to 4 hours. If you use ice, always wrap it in a washcloth or sock. Ice applied directly to bare skin can injure it.

- Watch your child carefully for the next 24 hours. If you notice any of the signs of internal injury (see above list) seek immediate help.

- If the event happens close to bedtime or naptime and your child falls asleep, let your child sleep (unless advised by the doctor otherwise).

- If you aren't comfortable with your child's appearance, partly awaken your child by sitting him or her up. If he or she still seems drowsy, try to fully awaken your child. If your child can't be awakened or shows signs of internal injury, contact your doctor or call 911 for emergency care. 11

Whatever the circumstance and explanations, it is critical that all parents must monitor their young and older children's activities to assure the safest environment.•